In the early 1960s Richard Schmidt developed of propulsion systems for rockets in a zero-gravity environment. Among the possible solutions, rotating discs with mass points positioned along their circumference were investigated. To power these discs, Richard Schmidt has the idea of using rotating slider cranks. Because these are always parallel to each other, they are later referred to as parallel arms, or simply linkage. The resulting system guarantees a completely true angle of rotation at all times. Because the pushing and pulling forces alternate and overlap in a sinusoidal pattern, this arrangement does not generate any net external forces. To compensate for the changing distance between shafts, two of these linkages had to be combined. A model of this combined parallel linkage system consist of two coupling end discs and a new intermediate disc guided by the linkage groups. The Schmidt-Kupplung was born.

1963 the patent was applied for that new system "coupling for precise angular transmission of rotational motion" – at the Munich patent office in Munich. 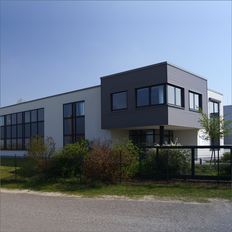 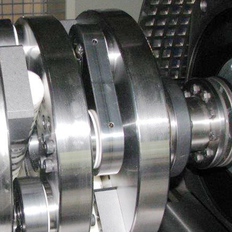